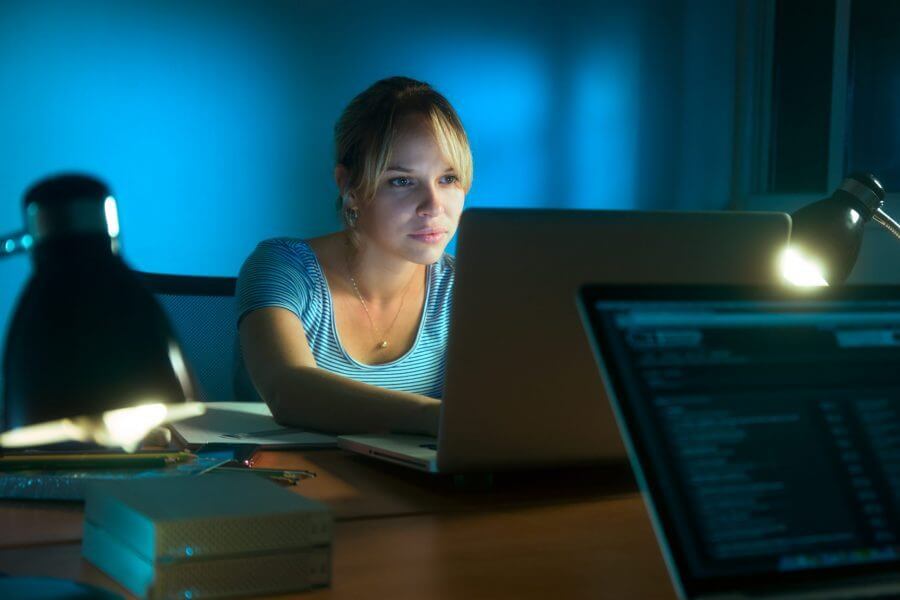 In the 21st century, social media is becoming one of the core components of a business, making it imperative to keep your accounts safe. People often think that hackers target classified government or prominent corporate accounts, but what they fail to understand is that they could be the next victims.

Hackers are always on the lookout, trolling social media for photos, locations, and events that could give them a clue of your account’s weak point.

Social media accounts have created a virtual world, and the constant hammering by hackers using extremely advanced bots makes it critical for companies to employ people with a certification of an ethical hacking course.

While many people could say, “it won’t happen to me,” it’s essential to know the vulnerability of your social media profiles.

Where The Loophole Exists

One of the critical success factors for any company is a good social media handle. Brands are increasingly investing in online promotions and working tirelessly to reach new clients.

According to a report published by The University of Phoenix, more than 80% of adults in the U.S have at least a social media account, and as the rate of social media usage escalates, so does the number of cybercriminals.

More than 66% have been hacked, and they actually agree that the information they post on social media is detrimental to their online safety.

Beyond the apparent approach by hackers to bypass security mechanisms like URL filtering, two-factor authentication, and spam filtering installed by CEH v10 professionals, most social media users don’t understand their vulnerability. So, they get careless and aren’t really bothered about implementing counter-threat measures.

Among the things social media users don’t appreciate is the advancement of such bots. For instance, you could get a mammoth of adverts on your Facebook handle in the form of unauthentic third party links, which would trigger cybercrime.

Users do the best they know to stay safe but still fail to remember that nothing posted on social media can be completely forgotten and that everything posted on their handles is exposed even if they control their preferences. This is where the vulnerability exists.

If you carefully follow the trends on social media and international news, you’ll understand that over the past few years, there has been a continuous attempted data breach against the most prominent social media profiles.

In a recent alleged attempt to hack the WHO, NIH passwords, and Bill Gates Foundation, security researcher Robert Potter claimed that though he believed the allegations were legitimate, they were from an earlier attack.

He said that most health organizations have weak security systems, and a close analysis reveals that such social media giants seldom reveal any compromised personal information, and they wouldn’t reveal any possibility of a security breach in the first place.

Consider this: not a single corporate would disclose a data breach, and it always remains to be speculation since users wouldn’t know it existed in the first place.

If a company, for instance, posts about a successful completion of a project which wasn’t meant to be exposed, hackers could mine colossal funds out of this by selling the company’s strategy to the competitor.

In such a competitive world, Cyber security courses online, vigilance, and confidentiality is increasingly becoming essential to counter possible threats.

What Hackers Look For

Hackers are continually trolling social media profiles with bots and attempting to hammer them with highly sophisticated algorithms that give them clues of where to hit.

Stephanie Snow, a professional CEH v10 and team member of elite hackers within IBM, documented how the bad guys look for security gaps in the system by tricking employees into revealing things over official communication channels.

Quite astonishingly, 75% of the information comes from new hires and younger generations with exciting updates to share online. The fact that most organizations delay security training for recruits without an ethical hacking course certification makes a perfect recipe for chaos.

Identifying these weak links as well as hashtags like “First day” or “Newjob” coupled with team photos, new badge, or a video-blog of the entire day inside the company could be as good as sharing your credentials with the hackers.

Company walls reveal the company’s strategies, and some laptop screens could also show the security tools and software used by the company, which hackers can use to tailor a Trojan disguised as a system update.

Before sharing an update on your timeline, ask yourself whether it contains information that would help hackers peek into your company virtually.

Protecting Yourself from Social Media Hacking

Hackers’ motives include stealing your profile and updating it to send compromised links and phish some information from your clients. So what’s important is getting past these threats and understanding the loopholes.

If you’re using third-party applications that you need to authorize to read and post content, ensure you comprehend the fine print before giving permission.

Currently, the line that separates business from personal accounts is blurred, and companies have a huge obligation of educating employees through Cyber security courses online to help them stay safe online.

Social media accounts are always under the scrutiny of cybercriminals, and it requires very limited skillset to breach security. The threat is incredibly real – with organizations and individuals exposed to a continuous risk of havoc. Alertness and information are the best pre-requisite to counter any imminent threats.

Read our other blog: Latest Trends in Cybersecurity.