How to Become a White Hat Hacker 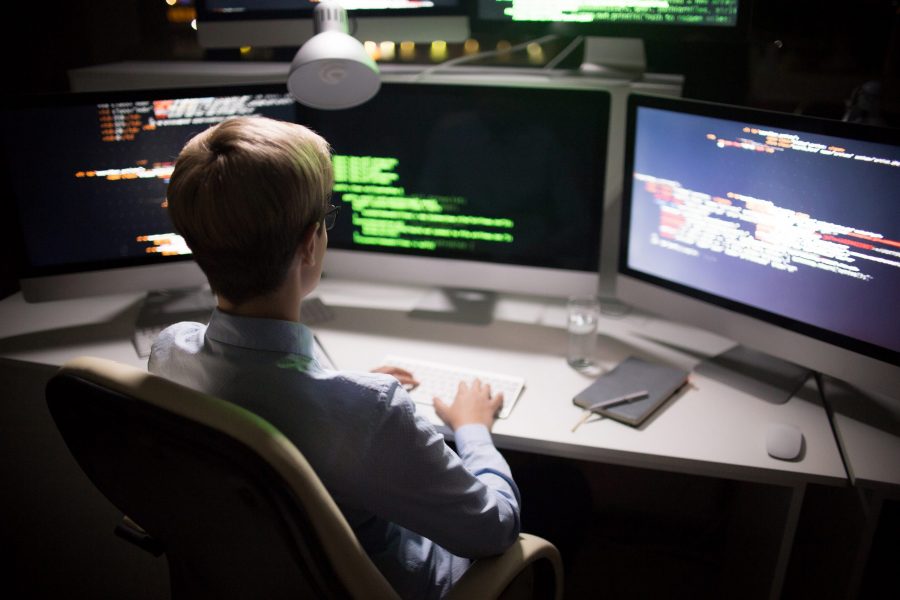 In order to catch a hacker, you have to think like a hacker. This is the premise behind the role of a white hat hacker, also known as a certified ethical hacker when they have taken an ethical hacking course and passed the certification exam. As Yoda said in The Empire Strikes Back, “A Jedi uses the Force for knowledge and defence, never for attack.” And this sums up how a white hat hacker can use their skills for good rather than for becoming a criminal.

The proliferation of online data, apps, tools and storage on the cloud has created an ideal world for nefarious types who enjoy attacking systems, breaking down barriers and thieving or otherwise causing chaos. All organizations which collect and/or store any kind of data can be a target. Hacking and stealing data isn’t just about NASA, the government or credit card companies. Medical providers, retailers, even hospitality providers have found themselves on the receiving end of a hacker’s attack.

All kinds of organizations are recognizing the need for certified ethical hackers to help keep their defences strong and prevent data breaches. Think of all the people who have mobile devices and access the Internet. Everywhere they go, every app they use and every purchase they make is stored somewhere and may be a target of a black hat hacker. Those who have taken an ethical hacking course will have the skills to be able to fight off the attacks of those black hat hackers for the organization they work for.

What Does a White Hat Hacker Do?

In its simplest terms, a white hack hacker uses the skills acquired through an ethical hacking course or another method of education in order to break into an organization’s systems. By doing so, they identify the weaknesses and report them to the IT team in order to resolve the issue. In some cases, the white hat hacker may even be part of the team that resolves cybersecurity issues.

Think again about all of the people connected to the Internet. Each app, website, download and cloud system needs to be tested, attacked and reinforced. That alone indicates the great need for organizations to have white hat hackers on their IT teams. A company that uses online tools blindly is putting itself in harm’s way and is opening up a world of hurt in the court of public opinion.

As you can guess, this is a role that puts a lot of emphasis on planning, problem-solving, time management and technical skills. While there are no specific standards required to be a white hat hacker, as the job isn’t regulated, the standards often include a bachelor’s degree (possibly a master’s) in math, computer science or other computer-related programs.

There are also a number of certifications one can obtain that may be required by an organization or may enhance a resume to prove someone can do the job. Perhaps the most commonly identified one for the role of a white hat hacker is Certified Ethical Hacker. This is a certification from the EC-Council and is provided upon successful completion of the Certified Ethical Hacker exam. Many individuals find a benefit in taking an exam prep course prior to signing up for the exam as it covers areas like penetration testing, firewalls, identification of Tojans, worms, viruses, system hacking, social engineering and many other topics.

Other certifications you might consider for a career as a white hat hacker include SANS GIAC’s Cyber Defence certificate, Penetration Tester, Exploit Researcher and Advanced Penetration Tester – all of which, by name alone, are great options for someone wanting to become an ethical hacker. Another organization that offers ethical hacking courses is mile2. Through its Cyber Security Certification Roadmap program, there are a number of certifications offered such as Certified Professional Hacker.

Those in IT who don’t want to pursue a role as a white hat hacker will still benefit from many of the education and training options in order to assist others in the department when it comes to penetration testing, asking questions about things to test and helping to secure systems and resources. Not to mention the fact that adding additional cybersecurity education allows for more even knowledge across the department and better opportunities for future advancement and management positions.

Organizations will have different requirements in their white hat hackers, but the basis to get started is a post-secondary education in computer science or related field and some experience in IT. Hopefully, you don’t know exactly where to start in terms of hacking, or at least only have a minimal idea because any more awareness might indicate you’ve been operating as a black hat hacker (of course it’s never too late to convert to the legal use of your skills). While self-training is one option, you’ll need to add some white hat hacker training and certification to be on your way to helping an organization secure its systems.

An Appreciation of the Physical Realm

While this post has focused solely on cybersecurity, there is a need to mention physical security needs as part of an organization’s overall security program. While this may or may not fall into the job description of a white hat hacker in an organization, it’s important to have an appreciation of elements like alarm systems, cameras, document security and hardware issues. By adding this knowledge to your awareness, you’ll be better able to look at an organization’s security from a more holistic point of view and provide a robust picture of what’s working and what isn’t. A number of cybersecurity courses include sections on physical security as well in order to give white hat hackers a broader education and greater opportunity to benefit their employer.

Read our other blog: The Benefits of Certified Ethical Hacking Course